CannaRoyalty is positioning itself as California’s leading middleman for cannabis.

The July 1st compliance deadline has sent a shockwave through an already fragmented legal market. CannaRoyalty is well positioned to profit from California’s transition from illegal to legal cannabis.

California represents a value play over the Canadian cannabis sector that is significantly overvalued in comparison.

In the world of cannabis, California is a global trendsetter and CannaRoyalty will look to leverage their brands, IP, and experience to gain an advantage in international markets.

I believe CannaRoyalty is a speculative “BUY” and have a conservative $6 price target on the stock for the next 12 months. 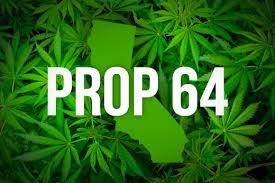 (Editor’s Note: Investors should be mindful of the risks of transacting in securities with limited liquidity like CNNRF. CannaRoyalty Corp.’s listing on the Canadian Venture Exchange under the ticker CRZ offers stronger liquidity.)

When California legalized recreational cannabis on January 1st, 2018, it not only kicked off a big party but also globally ignited the entire cannabis sector. As the euphoria of this historic legislation has worn off, however, reality has set in as the six-month transition window officially closed on July 1st, 2018. What this means for California’s licensed producers (LPs) is that all cannabis must be packaged in child-resistant packaging and independently lab-tested for contaminants before it can be sold legally.

A well-known study from September of 2017 conducted by cannabis testing and analytics specialist, Steep Hill, estimated that 86% of the California cannabis clones are contaminated with one or more types of pesticides. In an April press release, Sunniva (OTCQX:SNNVF) reported that “It is estimated that over 90 percent of products made from cannabis flower and extracts in California are contaminated, and will most likely not pass new state testing protocols to be introduced in 2018.” We are seeing this come to pass right now.

In the days leading up to the July 1st deadline, cannabis retailers in California were slashing prices in a massive fire sale of their non-compliant products. The CEO of Source Cannabis Farms, John Atari, told the Associated Press that “You can smell it. There’s a certain desperation from stores that bought too much and they have to dump it. There’s going to be a big shortage of clean product come July 1.” The California Bureau of Cannabis is now overseeing the destruction of an estimated $350 million of non-compliant cannabis that puts a whole new spin on the phrase “up in smoke.”

While there is no denying that the California cannabis market is a massive opportunity, it is also undeniable that there will be big losers in addition to some big winners. The July 1st compliance deadline is certainly a major fork in the road and there will be more to come. The companies that craft and follow the right strategies for legal cannabis will realize significant gains over the long term and I believe CannaRoyalty (CSE:CRZ) (OTCQX:CNNRF) is one of them. I also believe Sunniva is another and Ted Ohashi and Jeff Khoshabahave already covered this company exceptionally well.

“CannaRoyalty is a fully integrated, active investor and operator in the legal cannabis sector. Our focus is to build and support a diversified portfolio of growth-ready assets in key segments of the cannabis sector, including research, consumer brands, devices and intellectual property. Our management team combines a hands-on understanding of the cannabis industry with seasoned financial know-how, assembling a platform of holdings via royalty agreements, equity interests, secured convertible debt and licensing agreements.”

CannaRoyalty has an experienced management team led by Marc Lustig, who founded the business back in 2014 with his own money. The former CEO of Molson, Daniel O’Neill, in a recent BNN Bloomberg interview (July 4th, 2018) spoke about his role as a board member of CannaRoyalty and why he believes in their management and business model.

There are four main reasons why I believe CannaRoyalty is a solid investment opportunity:

The CannaRoyalty investment strategy is built around Marc Lustig’s core belief that cannabis will ultimately become commoditized, leading to plummeting prices and margins for the raw ingredient. Rolling Stone magazine published a recent article entitled “Oregon’s Weed Glut: What Happens to Excess Pot?” that paints a grim picture of cannabis entrepreneurs. While investors need to keep in mind that the situation in Oregon does not mean that all markets will suffer the exact same fate, it does indicate that the commoditization of cannabis will affect all markets to various degrees in the future. Lustig is banking on this.

He also believes, however, that there is an opportunity to capture significantly higher margins through brand building, R&D, extraction, delivery devices, IP acquisition, and licensing. As evidenced in their June 2018 Corporate Presentation, one can clearly see that their track record of investments remains consistent with their “beyond cultivation” strategy. This is a strategy I strongly agree with and one that offers a needed diversification to many investors who are too heavily in licensed producers (LPs), particularly Canadian ones.

California: The Crown Jewel Of Cannabis

The following infographic from New Frontier Data compares the cannabis demand growth in California and Canada. At first glance, these markets appear to be remarkably similar. The only noticeable difference is that California is expected to reduce the market share of its illicit market a few years earlier. In a February 15th, 2018 interview with PotNetwork, Lustig commented, however, that “California is and will continue to be the most important cannabis market in the world.” Why does he prefer California?

Not all marijuana offenses are pardonable in the U.S. as cannabis reform proceeds