Are Weed Churches Legitimate Houses of Worship, or Just Another Way Around Marijuana Law?

When I arrived for Sunday services at the Hundred Harmonies Church near Los Angeles, on a chilly morning last November, I was immediately handed a joint, a lighter and a bottle of water. In a small exurban storefront guarded by a security guard holding an AR-15, about 15 parishioners were toking up, eating powdered donuts and watching the final scenes of Orson Wells’ 1960 film David and Goliath on a mounted flat-screen. A whiteboard listed the day’s agenda (“SAMUEL 17”) above the message “God ♥s you!”. The Rev. James Young Phan, an energetic minister dressed in a black tie and black suspenders, offered running commentary during the film. After it ended, he began talking about Martin Luther.

But most of the people who come to Hundred Harmonies are not there to hear about the Protestant Reformation; they’re there to buy weed. On the other side of the building, Rev. Phan runs a fully-stocked, unlicensed marijuana dispensary, with strawberry pot gummies, glass jars of Versace OG buds, and $30 mega-blunts in a display case labeled “Sacrament.”

Weed businesses that don’t pay taxes or that don’t have state licenses are a major problem in California — in 2018, the first year of regulated medical and adult-use sales, the state took only a third of what it had projected in marijuana tax revenue: $345 million instead of $1 billion. Now that dozens of marijuana businesses are now claiming to be churches — and therefore exempt from paying taxes — the state government is concerned. Yet as Phan tells me after services, “You shouldn’t be able to tax the sacrament.” 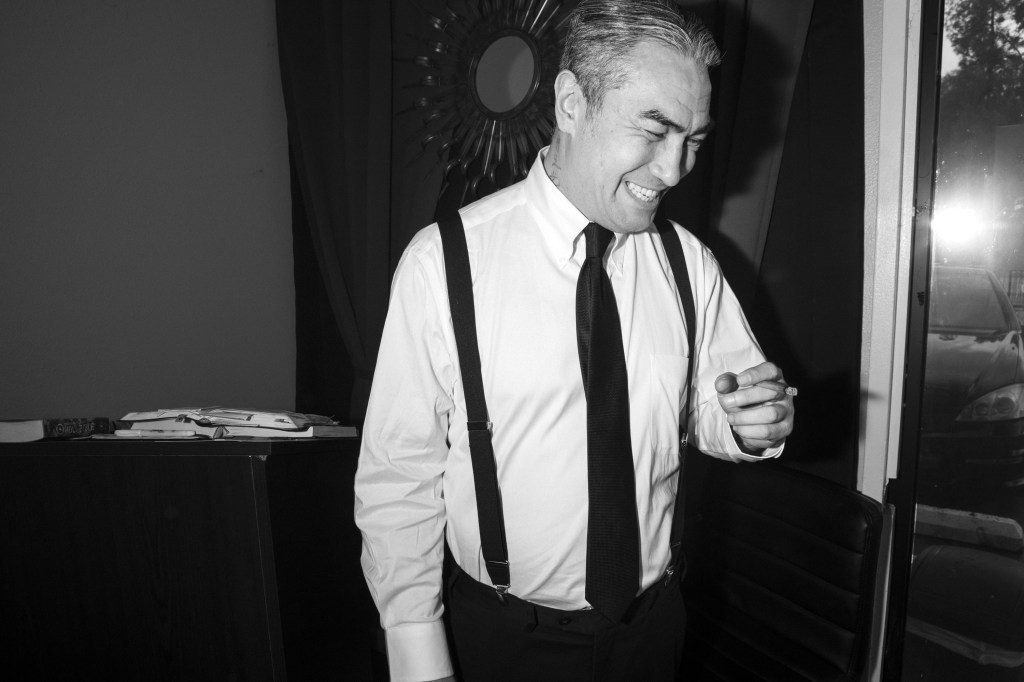 The late Oliver Sacks once wrote that his first time using marijuana was “marked by a mixture of the neurological and the divine.” But local law enforcement in California has generally treated pot churches the same as illegal marijuana dispensaries. Phan is hoping to change that. After the Los Angeles County Sheriff’s Department seized $30,000 of weed in a 2017 raid on Hundred Harmonies, the church’s parent organization, the Association of Sacramental Ministries, decided to sue the county, claiming religious discrimination. (A trial is scheduled for July.)

With similar claims pending in a few nearby jurisdictions, and self-described weed churches attempting to get around cannabis laws everywhere from the regulated market in Colorado to the illicit market in Indiana, religious marijuana seems to have officially replaced medical marijuana as the de rigueur excuse for pot advocates looking to carve out an exception to existing law. Even though there have always been real therapeutic benefits undergirding the movement to legalize cannabis, medical marijuana has often been used as a political tool to allow for de facto adult use. From 1996 to 2017, medical marijuana businesses ran amok in California, operating largely without oversight or rules, and catering almost entirely to recreational